There is a Rush Off Road Hill Climb competition at just about every one of their events. This time we are at Rush Anniversary bash at Rush Off Road Park in Rush, Kentucky.  This event is huge, bringing together racing from four different series.  We’ve got the Mega Truck Series, Pro Rock Racing, and for the UTVs, we have Pro UTV Racing and STR8 UP SXS Series. This, no doubt, is an action-packed weekend, drawing one of the largest crowds of the year. Let Extreme UTV Episode 4 take you there!

Up first we have the Pro UTV guys setting up on the famous “Underrated Hill.”  In the Rock Bouncing world, this hill is legendary.  Mother nature has, over time, eroded away the top lip on this hill.  The park has done a bit of work on it as well.  While not quite as nasty as it once was, it is still very steep. This will be a race against the clock, with the winner taking home some cash!  Watch for the drivers to keep it pinned from the start line to launch up the hill as fast as possible.

The next event  will be some STR8 UP SXS Racing.  STR8 UP has two classes, Production and Unlimited.  The 2 classes will be running separate hills, but each hill is similar.  Drivers will line up with a short run up to a steep face, roughly 15 feet high.  Above the ledge is a flat bench.  The production class will run a short ways down the bench, but after clearing the first ledge, both classes will then climb a long dirt hill all the way to the summit.  Unlike the Pro UTV Bounty Hill, the STR8 UP SXS Race is part of a season-long racing series.  This race at Rush, both Production and Unlimited classes, will count for points on the season.  Also, STR8 UP pays 1st through 3rd in each class, $1000, $500, and $300, respectively, so there is a lot to race for!

Underrated Hill turned out to be pretty easy for the UTV racers. After all was said and done, Tim Cameron comes out on top of the Pro UTV Bounty Hill.  He was the fastest up, and takes home the money!  Man, that guy can drive!

Joshua Chapman wins STR8 UP Production Class, beating out Wes Brown and Cody Pitre for the top podium spot. Jimmy Elam claims the top spot in Unlimited Class, barely edging out Steve Mann and Anthony Yount. Less than one second separated 1st – 3rd in the Unlimited Class. Some great racing from both classes, as always!

Check out the rest of the Extreme UTV Series. Be sure to follow Busted Knuckle Films on Facebook, YouTube, Instagram, and Snapchat (@the_bkfilms). Keep up with all the latest and greatest, and tag us in your posts! Watch more Rush Off Road Hill Climb competitions and Keep up to date with our latest videos by subscribing to the Busted Knuckle Video Youtube Channel. Get hooked up with BK gear and apparel at the Busted Knuckle Online Store. Check out episode 3 below. 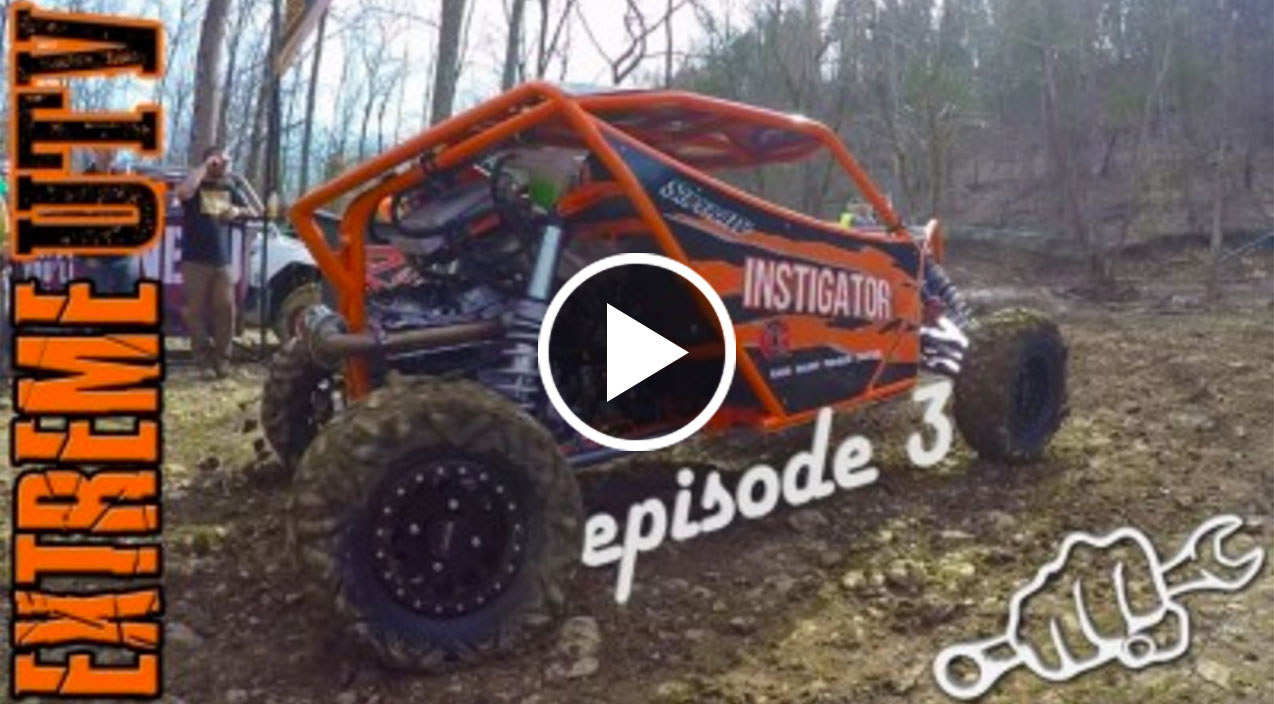