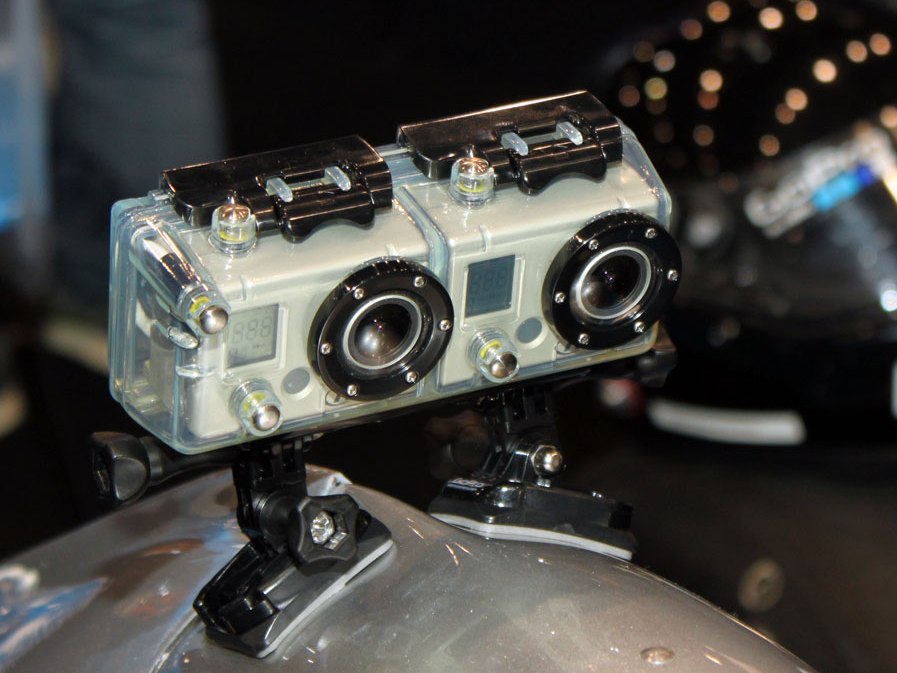 THE GoPro 3D HERO SYSTEM HAS OFFICIALLY BEEN RELEASED!

3D video is gaining steam once again and could quite possibly be the future of video entertainment. The only bad thing is that the professional 3D cameras are ridiculously expensive. You might ask, well how can I shoot 3D footage on a budget? Don’t worry, GoPro has the answer. They recently stepped up to the plate by unveiling their twin GoPro 3D enclosure at a recent NAB show in Las Vegas. The new 3D setup is simply two GoPro Hero cameras mounted in a special twin enclosure holding the cameras side by side for a three dimensional look. In case you didn’t already know these little cameras are capable of shooting 1080p video and are shock and waterproof.

Want to make a video in 3D just like the movies? We

ll now you can. All you need is two GoPro HD Hero Helmet Cameras. Mount them side to side on your helmet or any location that you need either using the new GoPro twin 3D enclosure or a mount of your own. So lets see that is two Hero HD cameras at $300 each plus the cost of the 3D enclosure. It looks like you can have a full HD 3D camera setup that is shock proof and waterproof for around $700. That is unheard of!

Once you get the setup there is one issue you might have and that is syncing the two cameras together for editing purposes. There is no way to turn both cameras on at the exact same time. Lucky for you we have a FREE solution. Once the cameras are turned on and are filming, you can gently tap the outside of the camera cases at the same time. This  creates a spike in the audio track that you can later use to line up the two video tracks.

Once you have gone out there and shot some awesome footage, then all you need is a 3D editing software like Neo3D from Cineform. There are many different types of 3D editing software out there, so do your research and buy smart. Trial versions are a great route to take so you can try before you buy.

GoPro is on the forefront of wearable 3D HD point of view camera technology. Here is a good edited 3D Freestyle Ski video using two of their Hero High Definition cameras. Click on the video, grab your 3D glasses, and enjoy. For more information on GoPro and their pov cameras visit the Official GoPro® Store

. What are you waiting for? Get the GoPro and  get out there shooting some unique footage.

Click the Picture below to go straight to the GoPro Site.

Learn from the Pros