The Tough Truck Competition at Dennis Anderson’s Muddy Motorsports park in North Carolina is always good for a show but this time the Redneck Truck Jumps were bigger than ever. The race pits trucks or jeeps against each other racing the clock on an obstacle course with jumps and turns with a down and back layout. It soon turns into a who can jump the highest contest. The first was a Jeep Cherokee that the guy drove to the event. He hit the final jump and soared 12 feet in the air before landing harshly. Despite the rough landing he drove away intact! A Ford Expedition and Suzuki Samuari even got in on the fun going big off the final jump. A Jeep Grand Cherokee launched into orbit and almost lawn darted it upon landing. We even had a Chevy Suburban get in on the fun. The final competitor was the best one though. This chopped grand cherokee landed hard and sent one tire and wheel flying down the track without them. This was by far one of the best Tough Truck Competitions we have ever seen. The Redneck Truck Jumps were most certainly Wild!

This Redneck Car Jump Went Real Bad in a Hurry! 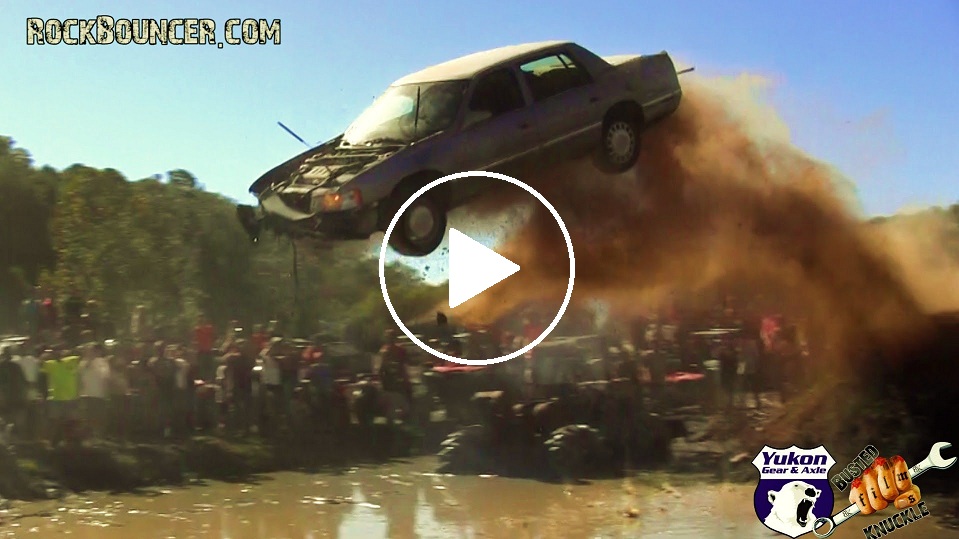