We all like to watch Mega Truck Tug of War Competitions and we also like to drink Beer. Well what if I told you that there is a Bar in Orlando, Florida where you can do both! That’s right Cowboys of Orlando is a Bar that puts on competitions for Tug of War Trucks. People come from all over to watch these Massive Mud Trucks go head to head in order to see who can out pull the other. The rules are simple. Bring your Truck, Call somebody out, and hook them up. Whoever pulls the other truck over the center line first wins. There are two key elements of winning a Tug of War Match. One is weight and the other is traction. Competitors are allowed to add weight to their trucks. Some show up with water tanks in the bed and others have tractor pull weights hanging off the front. Obviously a Mud Tire doesn’t get the best traction because of its open tread pattern putting less rubber to the concrete. For this reason many trucks swap their v-treads for all terrain tires. The serious competitors do whatever it takes to get an edge. Other drivers just want to smoke all 4 tires and put on a show for the hundreds of fans in attendance. We made the trip down for the Trucks Gone Wild Event and had a blast. Check out the above video for all of the action from the event. The Tug of War Trucks at Cowboys of Orlando are always a blast to watch especially with an ice cold beer.

Watch this Dodge Get Broken in Half! 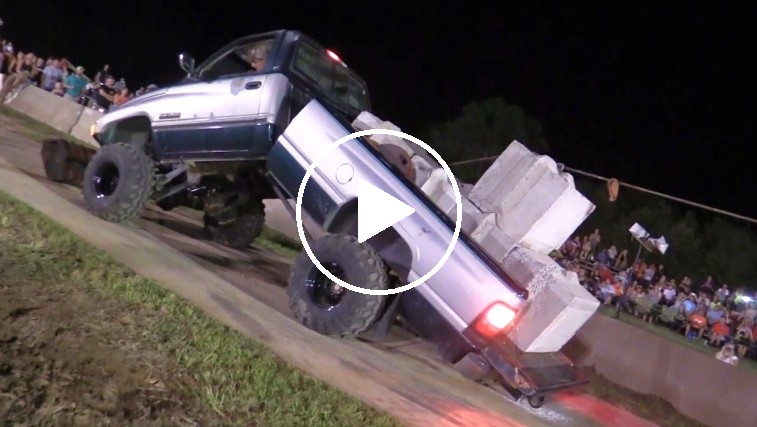