Some people don’t like to see Lifted Dually Trucks, but we Love them! You have seen the crazy amount of Lifted SEMA Trucks but this time we are showing you just the Lifted Dually Trucks. Whether is was a Ford, Chevy, or a Dodge all of the Big 3 were represented well at the 2016 Sema Show in Las Vegas, Nevada. Cummins, Duramax, and Powerstroke Diesel powered trucks were everywhere.

We couldn’t get anyone to roll any coal but we had a great time pulling these guys over and interviewing them about their trucks during the SEMA Ignited after party. We asked the tough questions like “Do you actually tow with this?” Some of these guys actually towed other show vehicles to the show with their lifted tow rigs. A lot of people hate on these lifted trucks. While we do not really dig the new trend of low profile tires on big wheels, we do love the time and effort put into these one of a kind show vehicles. The retro mod Power Wagon is our choice for best in show with the 2015 cummins dually powertrain and interior. Which one of these Lifted Sema Trucks is your favorite? Let us know in the comments.

If you ever get a chance to come out to the SEMA Show be sure to stay for SEMA Ignited. Most of the cars from the show actually get out and drive around. Well that is the one’s that actually run. We all know how tough that SEMA crunch on these builds can be. Some shops have to push their show vehicles into the booth for the event. Big Thanks to all of the folks over the show that allowed us Media access and these spots to pull over vehicles and interview the drivers and builders. Stay tuned for more coverage as we head to SEMA 2017!

Check out all of the other Lifted Trucks from SEMA 2016.

Check out our Tow Rig Tech Series to learn how to work on your Diesel Truck. 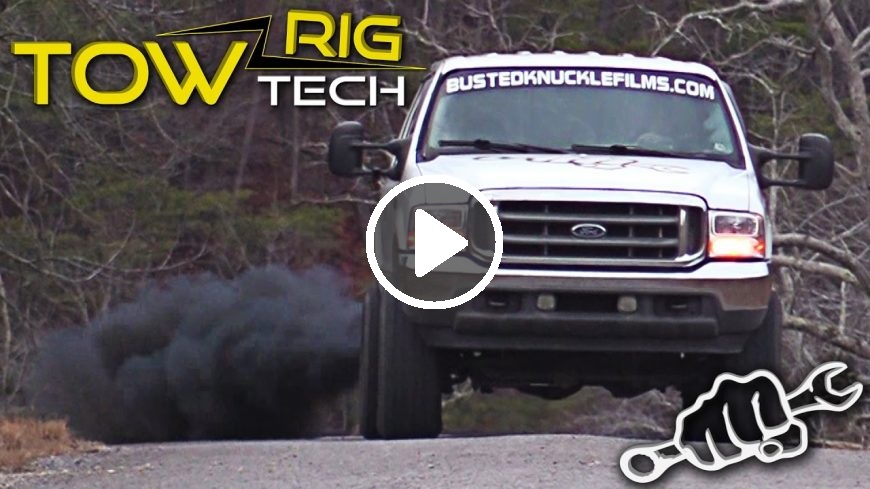 Lifted SEMA Trucks – Love them or Hate Them?

Lifted SEMA Trucks – Love them or Hate Them?