In a sport full of Jeeps and buggies it is easy to see why we come to appreciate unique rigs like Byrons 86′ Full Size Bronco “CAMO”.

This rig started out life as a stock tan 1986 Ford Bronco 4×4. Byron bought it to be his daily driver when he was 21. As he got into offroading and jumping (that’s right jumping) he decided he needed to make a few modifications to his rig.

Byron started with a lift and some beefier components. He lifted the Bronco with some lift coils. At the same time he swapped in the 3/4 ton drive-train out of a F250 including the NP435 trans and NP205 transfer case for some added Beef. He also swapped in the TTB suspension and Dana 61 rear axle. He actually cut, welded, & redid the front TTB suspension to make up for the new angles from the lift coils. He then added some custom Hummer H1 bead-locks with PVC inserts to his rig and some military 36″ tires. The tan paint-job didn’t go well with this rigs new altitude adjustment so he laid out a custom flat camo paint scheme. Next on the list were some bumpers that could stand the abuse. He built some heavy duty bumpers front and rear as well as adding a hinge to his leaf springs for better flex without binding.

This setup was put to the test for a few years and held up pretty well until Byron began to hit harder and harder rockcrawling trails. He started finding the weaknesses of his rig. First off the bumpers had to go, they where way too bulky and got hung up on everything. Next the weak TTB front end broke a shaft every other ride and was becoming a nuisance. After a lot of research Byron decided to ditch the TTB in favor of a Dana 60 front axle and a 3link suspension.

The bronco was put back up on the jack stands and surgury began again. He started by cutting out all the TTB mounts and useless bracketry. A Ford ball-joint Dana 60 was sourced, rebuilt and thrown under the rig for measurements. Link Brackets were ordered for the 3link suspension along with Currie Johnny joints & 2″ .25wall tubing. A few weeks later the bronco rolled out of the backyard under its own power. Wow this seemed a little bit easier than the Tacoma swap.

It didn’t stop there. Next was some custom tube work that included bumpers, a full cage, sliders & of course dovetailing the rear. Byron bent up a nice stinger and a few more hoops for the front and went with a clean and simple design for the rear.  He then made some square tube rocksliders to keep his rocker panels happy. After that he cut wedges out of the back of the bronco floor and pulled the bedsides in until he had the right amount of dovetail. Now it was cage time. The cage was built a lot like a truck cage out of 1-3/4′ .120 wall tubing.  The factory Dash & steering wheel were ripped out and chucked in the trash pile. They were replaced with a clean custom dash with only the necessities for gauges. Finally a set of rock rings and 42″ Pitbull Rockers were mounted under the bronco to give it that one of a kind stance he had been looking for.

The uniqueness of this rig isn’t the only thing that gets our attention. Not only is this one of a kind bronco built with great detail, it was also built on a college budget. If you want to see this rig in action grab you a copy of our Offroad DVD Southern Shenanigans. 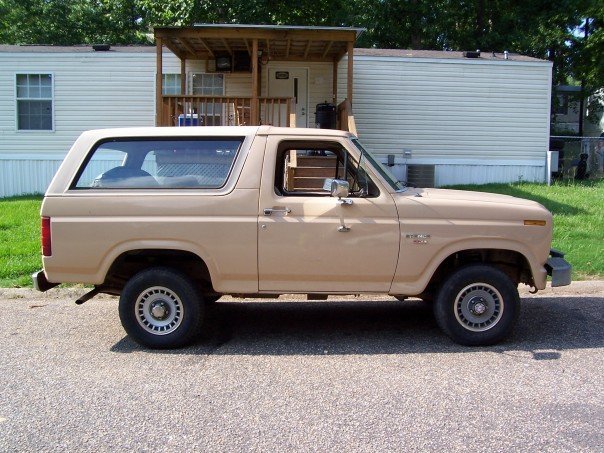 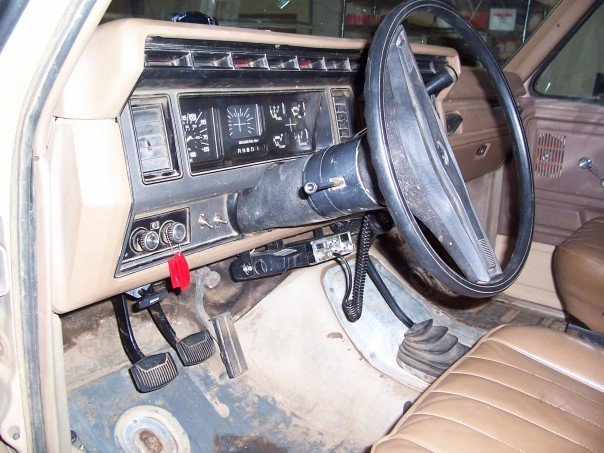 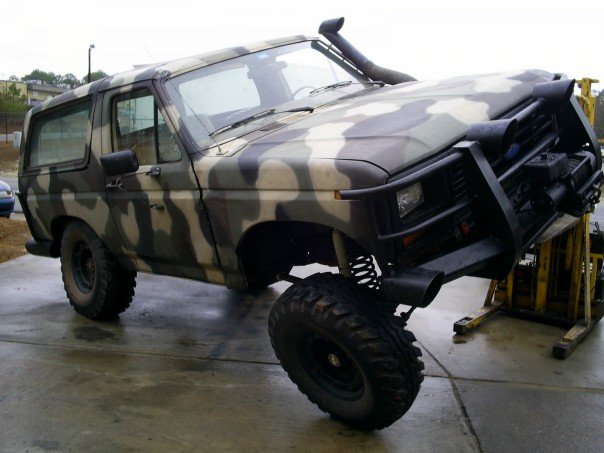 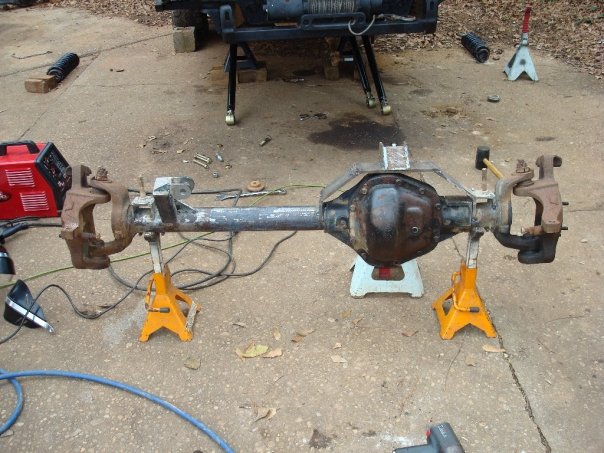 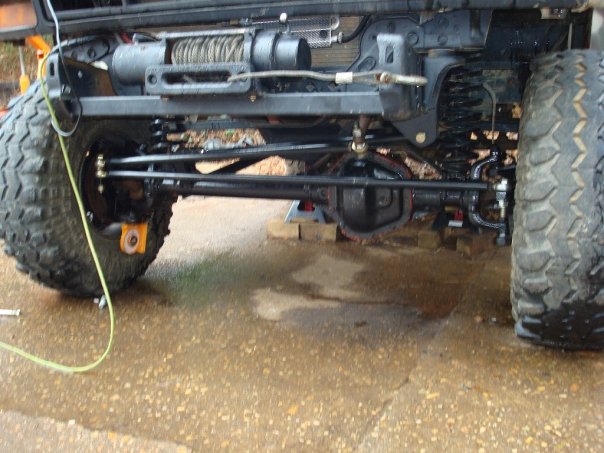 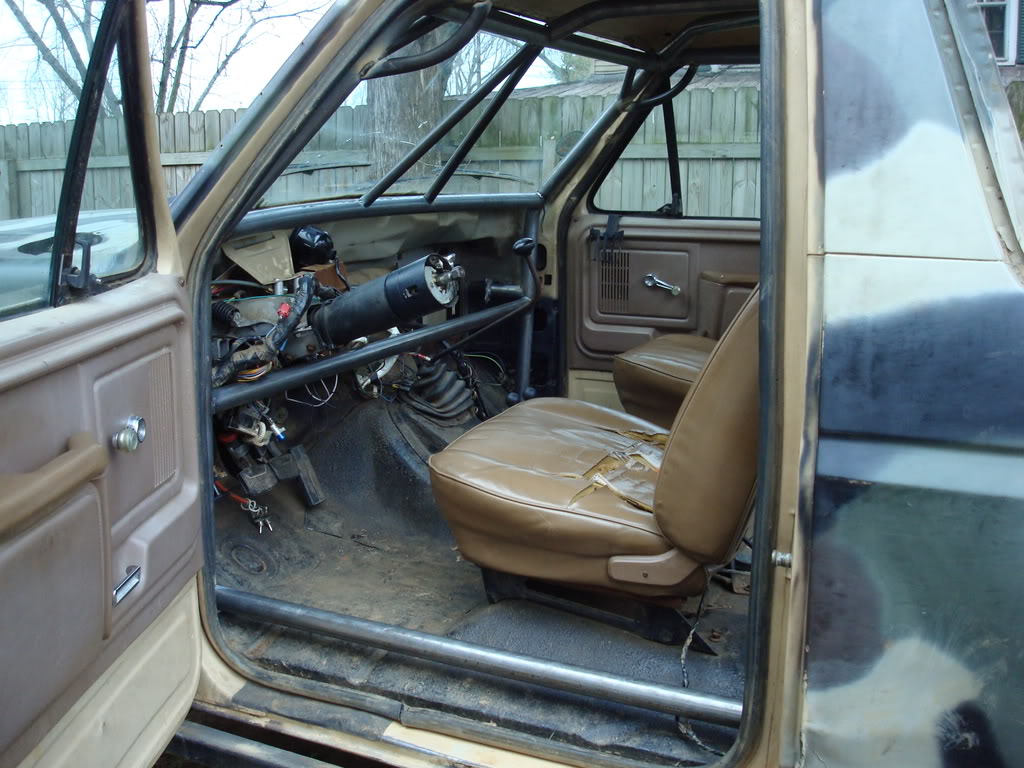 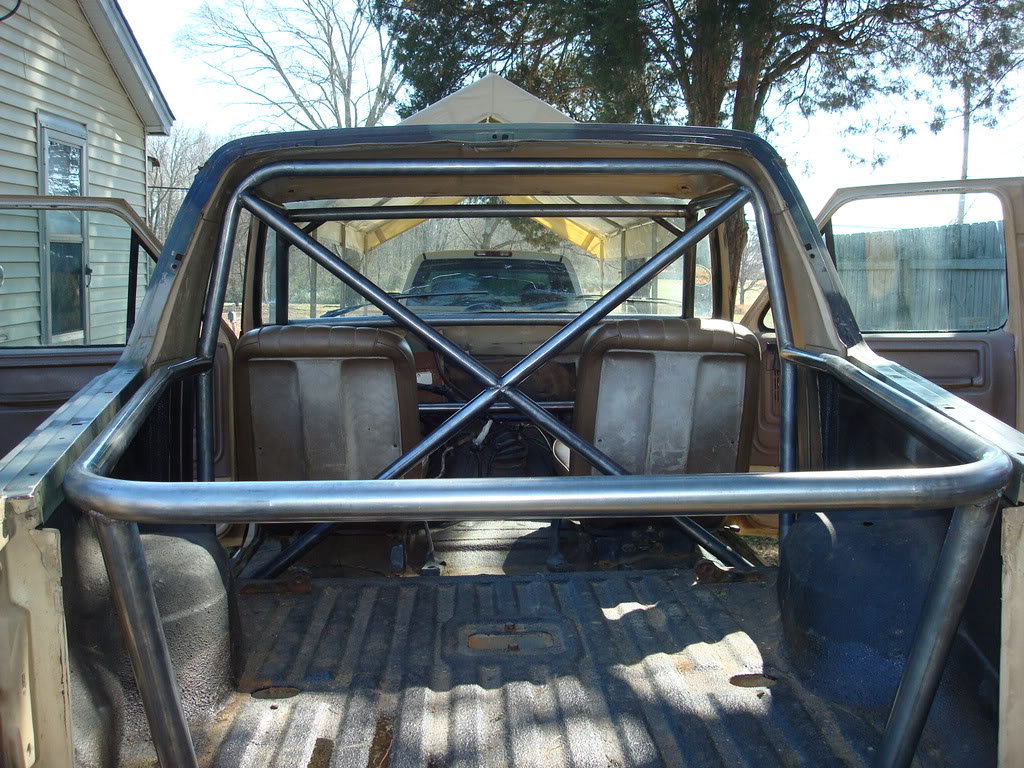 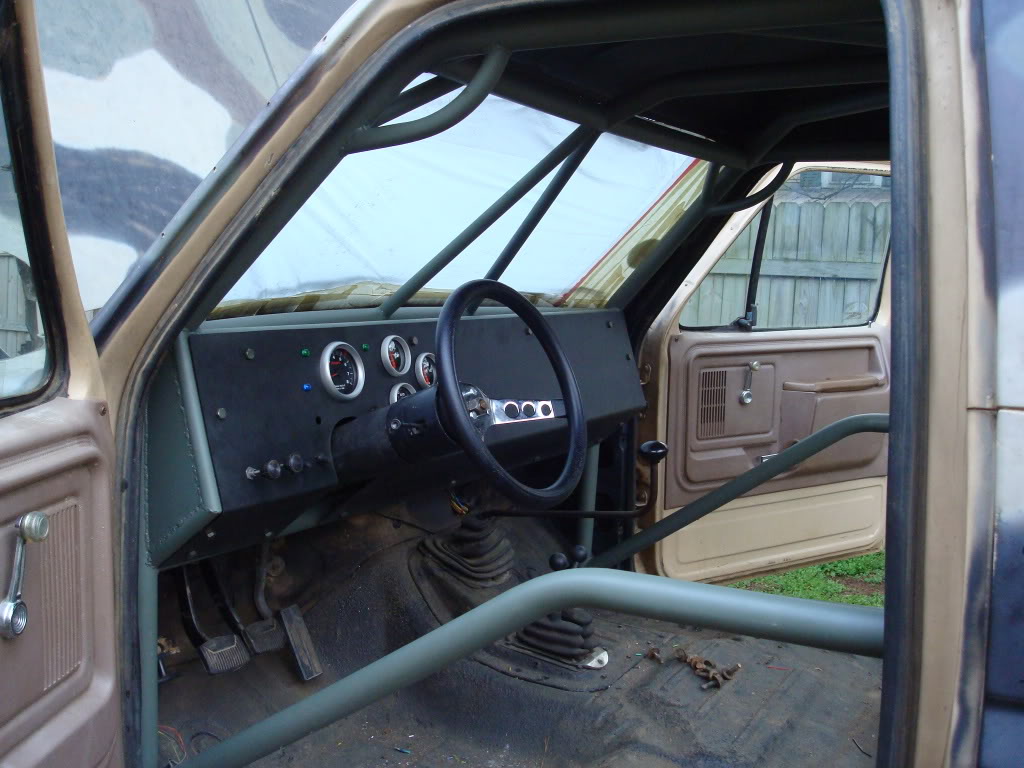 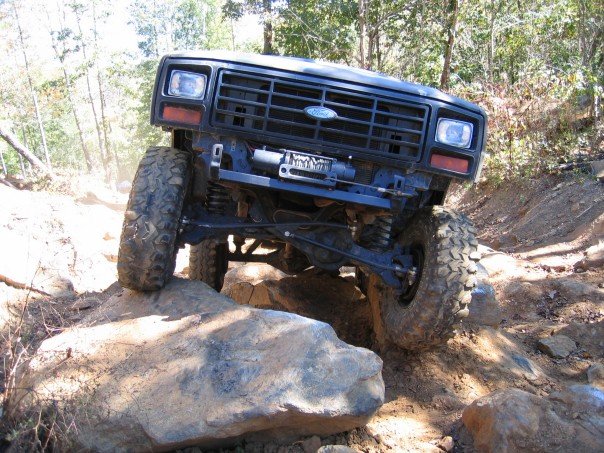 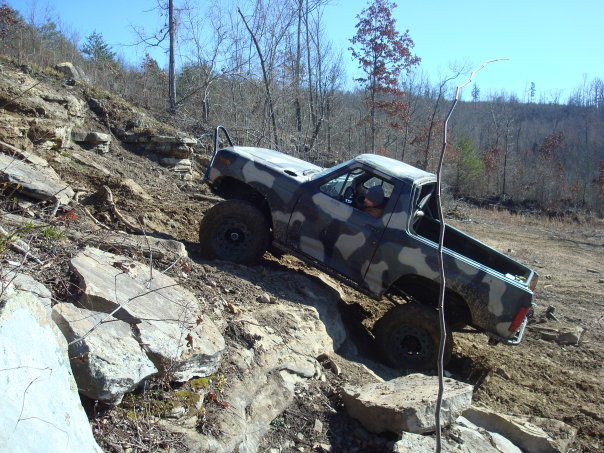 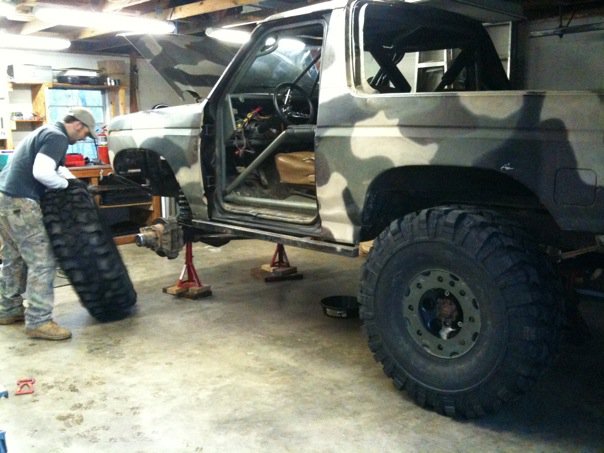