This time, we are at Dirty Turtle Off Road Park in Bedford, Kentucky, for annual DTOR Birthday Bash. While we were all just hanging out for some trail riding and a good time, someone claimed they had a faster buggy than someone else. One thing lead to another, and all of a sudden, the debate of who had the fastest rock bouncer was on! The timers were set up, and the drivers gathered around for a make-shift rock bouncer drag racing competition. Then, the smack talk began!

Several drivers lines up to make a pass, making for an exciting afternoon. No money was put up for this event, it’s all simply for bragging rights! After all, what’s better than bragging rights anyway? After a lot of racing, it came down to Nick Cooper in his Anger Management buggy and Shawn Tolson in Phat N Rowdy. The 2 guy lined up one last time and let it all hang out. They were neck and neck down the track, Shawn bouncing off the rev-limiter as he neared the finish line. There were conflicting stories on who won, so we had to go to the cameras. The GoPro in Shawn’s buggy caught the best angle, and it was clear that Nick Cooper won. But by only inches! Nick got to rub it in a bit as he won the title of fastest rock bouncer!

After the drag racing winner was decided, a few buggies wondered over to the motocross track at Dirty Turtle. It was no time before buggies started lining up to go head-to-head. Some of the drivers were really airing it out over the jumps! These buggies are purpose-built to climb rocks and go up hills, but the action today goes to show how competitive these drivers are. They’ll race you any time, any where, any how!

Check out the rest of our Rock Rods Series. Be sure to follow Busted Knuckle Films on Facebook, YouTube, Instagram, and Snapchat (@the_bkfilms). Keep up with all the latest and greatest in off road, and tag us in your posts! Watch more episodes like this one and keep up to date with our latest videos by subscribing to the Busted Knuckle Video Youtube Channel. Get hooked up with BK gear and apparel at the Busted Knuckle Online Store. If you want to watch more Dirty Turtle Birthday Bash action, check out Rock Rods episode 13 below! 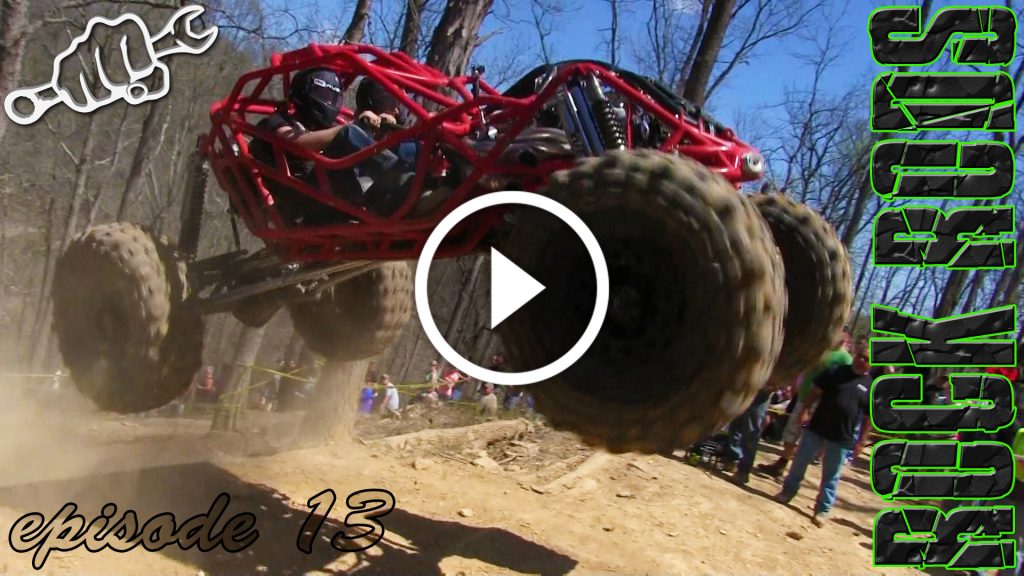