We have seen some high horsepower vehicles hit the dirt drags before but never anything quite like the Dirt Dragster we found at a Mud Truck Madness in Louisiana. The Killa Gorilla is it’s name and making ridiculous amounts of horsepower is its game. It is powered by a Pro Mod Twin Turbo Ford 673 cubic inch Big Block. It is a four wheel drive Drag Rail and is driven by Eric Brock. The twin 94mm turbos help put out a ground pounding 3800 Horsepower. Watch this beast run a 200ft dirt strip in under 2.5 seconds. That is straight hauling some butt in the dirt. The crazy part about the Killa Gorilla is that it runs a Dana 30 front end. I guess it can’t break any parts when it is in the air most of the way down the track. Check out the video to take a closer look at this beast of a dirt dragster. I wonder how Killa Gorilla would do on the drag strip with some big slicks.

Check out these Wicked Fast Dirt Drag Trucks as they speed down the track at MTM. 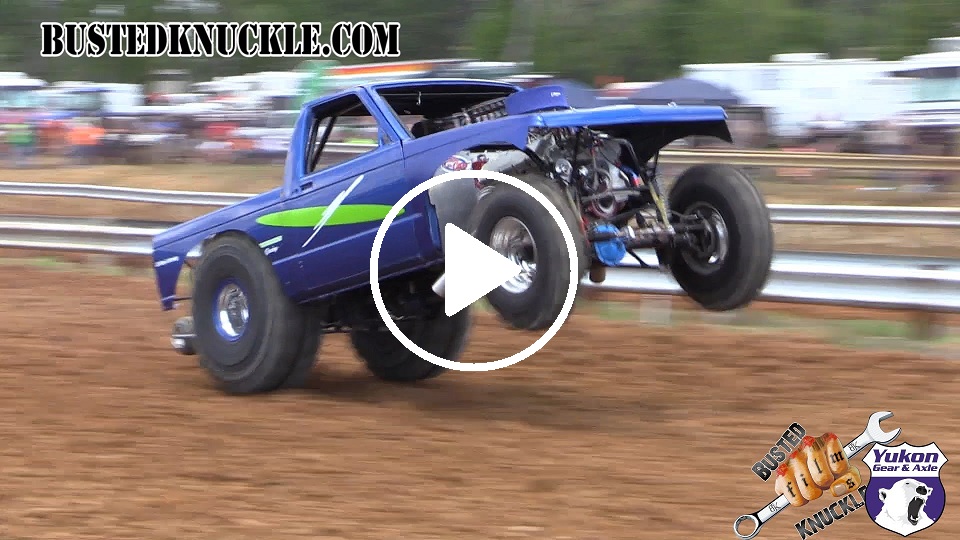