Some of the Baddest Rock Bouncers around headed over to Showtime Hill for Part 2 of the Pro Rock Racing Event at Choccolocco Mountain ORV. Choccolocco is located just outside of Jacksonville, Alabama and has trails from mild to wild for every level of offroader. This time the rock bouncer drivers were hitting Showtime Hill which is one of the hardest obstacles the park has to offer. The wide open nature of these drivers turned the climb into a crash fest. Jordan Gaddis started off the show but his cut 44 boggers just couldn’t find enough traction to propel him to the top. Next up was Travis Lovett in the killshot buggy. He took a bad bounce sending him barrel rolling through the woods blowing out a shock in the process. Little Tim Bacon let his Rowdy Big block loose but after a roll and a save he was left with a broken axle that ended his run. Randall Key gave it his all in Rage but couldn’t conquer the climb. Then Big Tim Bacon showed everyone how it was done as he was the first driver to conquer the climb. Richie Keith put a beating on Plowboy 2 but its transmission just couldn’t handle the abuse taking him out of the competition. Brandon Dillon broke an axle in his borrowed rock rod. Brandon Davis was the second to make the climb in his Showtime 2.0 buggy built by Tim Cameron. There was a ton of carnage with very few drivers making the nasty climb up showtime hill. In the end Big Tim Bacon took the win with Wes Kean coming in 2nd and Brandon Davis in 3rd. For more videos check out the Busted Knuckle Youtube Channel. 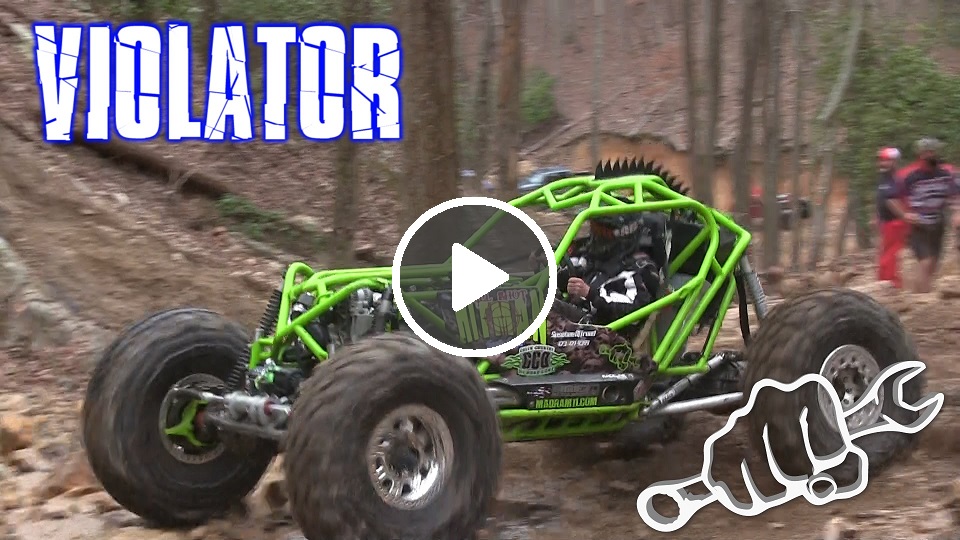