Welcome to our first Episode of the New show we call Deathwish. This one starts with Josh finding a local guy named Eric in New Hampshire who has a Street Bike Powered Lawn Mower. If this thing isn’t a deathwish we don’t know what is! They named it the Lawn Slayer and for good reason! Who in their right mind builds a racing lawn mower like this? This 1000cc lawn mower features a Kawasaki KZ1000 engine which is shaft driven, has 5 gears, and flat out gets down. He invited Josh and Eric out to not only check it out but to drive the thing! It is as sketchy as it is fast. Let us know what you think of this KZ1000 lawn mower and the new show in the comments. Roadkill aint got nothing on these guys!

We have brought you some pretty interesting videos in our years of shooting all over the place. I can tell you now that none of them have been quite like this. We are pumped to be bringing you a brand new series called Deathwish. The new show stars Josh “Cadillac” Mazerolle and Erik “Fat Erik” Stacey from Vague Industries as they travel all over the Country on Epic Road Trips checking out some of the sketchiest builds you have ever seen. Now you might recognize these guys from their Twin Turbo LS powered Wide Body Toyota Hilux pickup truck that shares the same name as the new show. The truck became a viral sensation after Josh drove across country with it on one epic road trip swapping 3 motors and all kinds of other parts on the way.

Check out more awesome sketchy stunts by clicking the image below. 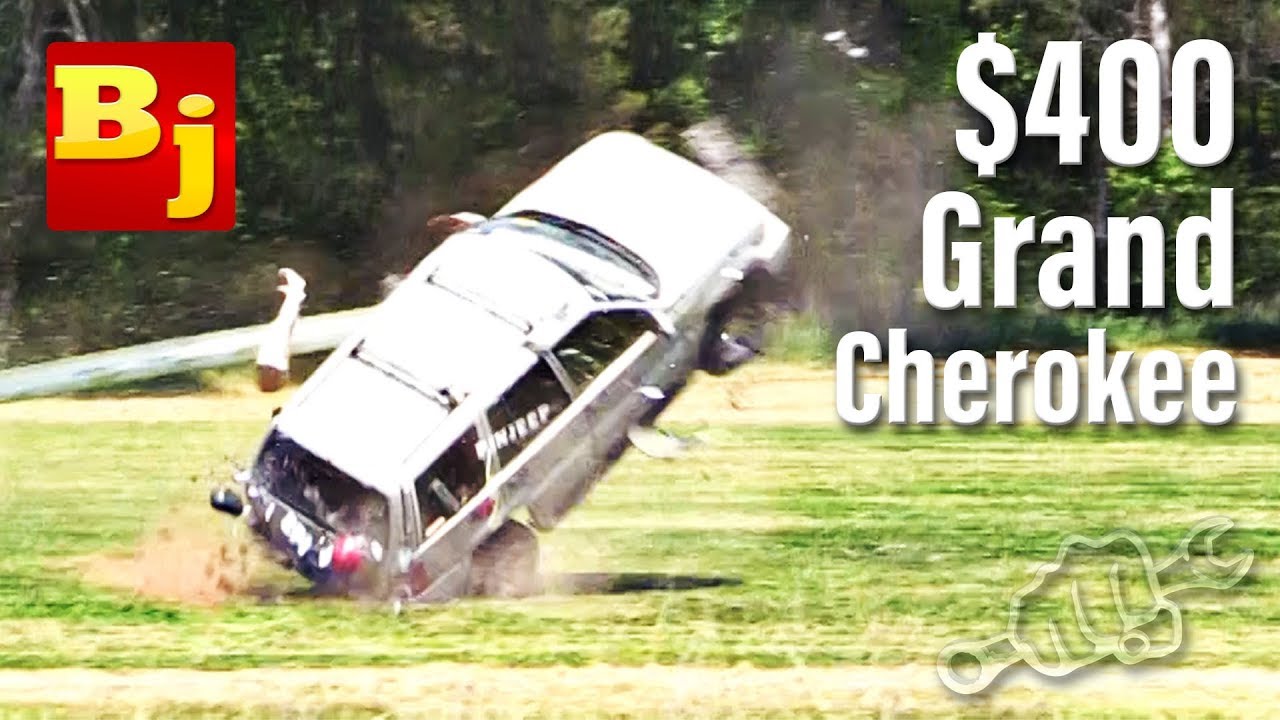 BleepinJeep and the $400 Grand Cherokee