Bubba Bacon goes for one of the most violent rolls we have ever witnessed in his Bad Habit Rock Bouncer on the Windrock Bounty Hill. The Windrock Bounty Hill started out as one of the worst race hills we have ever seen. After many vehicles flipped and or were denied they made it a bounty hill. Now it is one of the baddest bounty hills in the Country. Only Tim Cameron has conquered this climb and he has done it twice. Bubba Bacon thought his cut bogger clad, Big Block powered Bad Habits had what it took to make the climb. He hit the hill hard with tons of wheel speed slinging dirt down hill. He got to the wall about mid way up the hill and launched hard up and to the left and started to roll. His buggy barrel rolled two times gaining more speed with each revolution. He made one more flip before coming to a stop against a tree near the bottom of the course. The video angle from the bottom of the hill shows it best as the buggy flies 20′ into the air before hitting a tree. The sudden stop at the bottom knocked him out cold. He came too shortly after and thanks to great safety equipment walked away from this insane rock bouncer crash. He was taken to the hospital as a precaution but had only minor injuries. This goes down in history as possibly the worst rock bouncer crash ever. What do you think?

This Epic Rock Bouncer Crash Compilation Video has a ton of Chaos and Carnage. 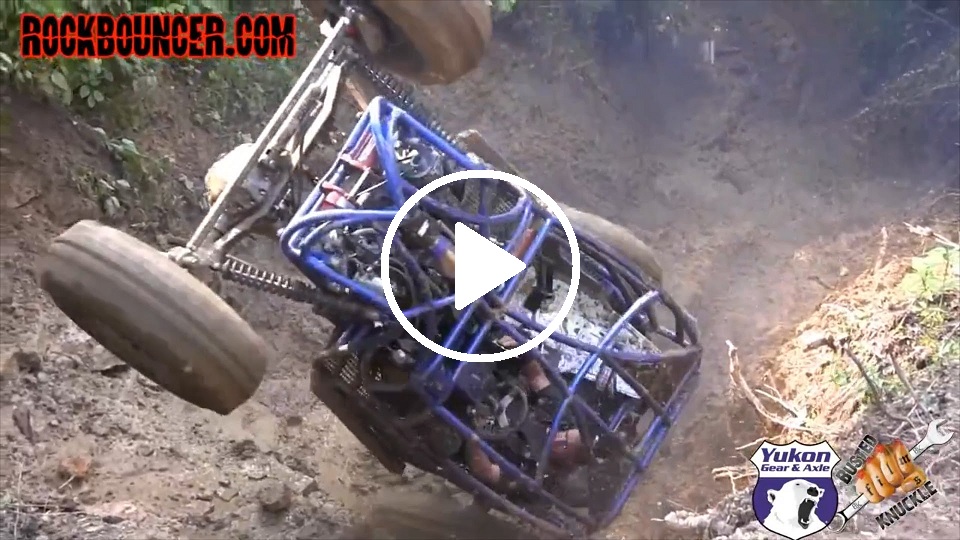