We have seen our fair share of RZR Backflip attempts and successes over the years. So when it came time to do a stunt at the Unlimited Offroad Show and Expo in Louisville, Kentucky. They chose to step it up a notch by having 5 RZRs attempt to do a backflip at the same time! This had never been done before. I’ve never even seen 2 RZRs flip at the same time. Not only would this be a cool stunt but it would go down in History as a World Record if successfully landed by all 5 machines.

The ramps were set up and showtime was here for the Expo crowd. The brave UTV drivers lined up at their ramp. They rolled up on the slope to get a feel for it. Each driver dropped their machine into Low Range hit the 4wd button and got ready to go for it. There were two XP1000 and three 900XP machines. I don’t think horsepower makes a difference for this sort of thing. With one drop of the arms the drivers are sent into gas it mode. Once the dust settled there were only two machines that landed back on the tires. They were the shorter wheelbase 900 machines. One landed clean and the other landed on the front bumper. So technically only one of the 5 landed the attempt. The rest Failed miserably and tore their machines all up in the process.

In the end you can’t be scared to do something unknown so props to the folks that put their machines on the line for a chance at Glory. I don’t blame them one bit. The people that will call them stupid or that they have to much money are the scared ones. They just watch from behind their keyboards and will never do anything great. 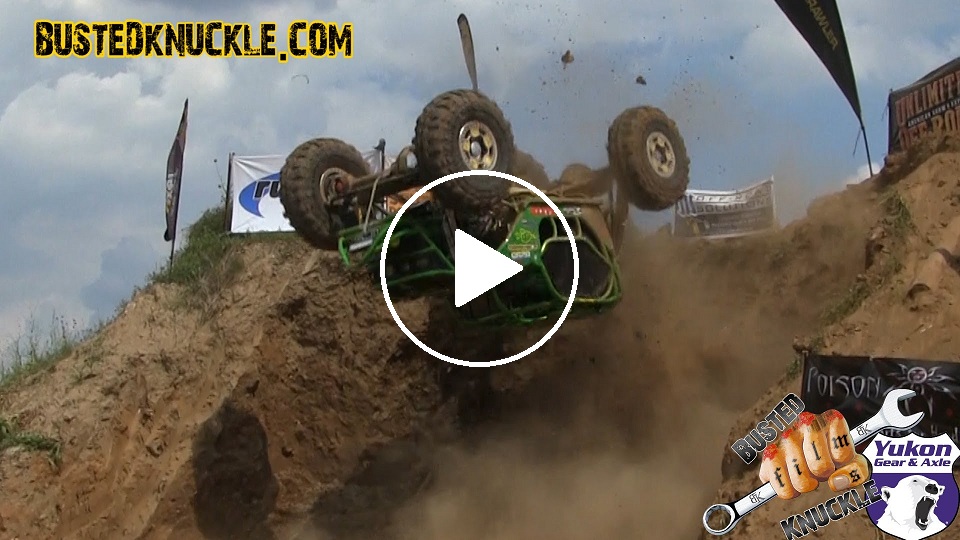 Head over to the Busted Knuckle Webstore and get your Shop On!

UTVs SEND IT at Moonlight Racing Off Road Park