On this Episode of Rock Rods we take you to Stoney Lonesome OHV Park in Bremen, Alabama for the season opener of the 2016 Southern Rock Racing Series as some of the baddest rock bouncers in the Country take on some of the baddest hills the park has to offer. We have been following the SRRS since its inception into the off road world. This has taken us all over the country. We finally got them to come out to our local Stoney Lonesome Off Road Park to host a race. We have scouted out many hills at Stoney Lonesome and they have a little bit of everything from Big Long Steep Hills to slow technical rock crawling sections. For this race they chose to run Who’s Your Daddy which can be best described as a close replica to the infamous cable hill with a huge steep ledge in the middle of the steep rock climb. That is the first hill. For the second hill they chose Vendetta which is a long steep loose climb that has never been conquered before. Drivers showed up from as far away as Maine to try their luck on these two hills. Ethan Spegal started the show with a fast run on Who’s Your Daddy. Then Marc Nero stole the show by backflipping of the ledge in Da Situation. Other showoffs include Joe Pierce with his wild 180 rolling multiple times and Shelby Tanner with her backflip back down to the bottom. No one hit the hill quite as hard as AJ Rockwell in the UnderRated rock bouncer. He launched way up into the air off the ledge landing in the throttle and shooting out the top of the hill with a fast time. Tim Cameron killed the hill in his IFS Money Maker Buggy. Once the last buggy made its run we moved over to Vendetta Hill. Jason Spegal started the show with some full throttle attempts but just couldn’t find traction. Danny Smith made some of the most impressive passes we have ever seen in 2 wheel drive after breaking a drive-shaft on the first hill. Travis Lovett paved the way with a full throttle assault launching him to the top of the hill. Many drivers emulated his pass and made it out of the top with impressive times. In the end Brandon Davis took the win in the Showtime 2.0 buggy with AJ Rockwell and Tim Cameron rounding out 2nd and 3rd. Check out the full episode featuring the New Live Leaderboard. For more great videos check out the BustedKnuckle Video Youtube Channel. 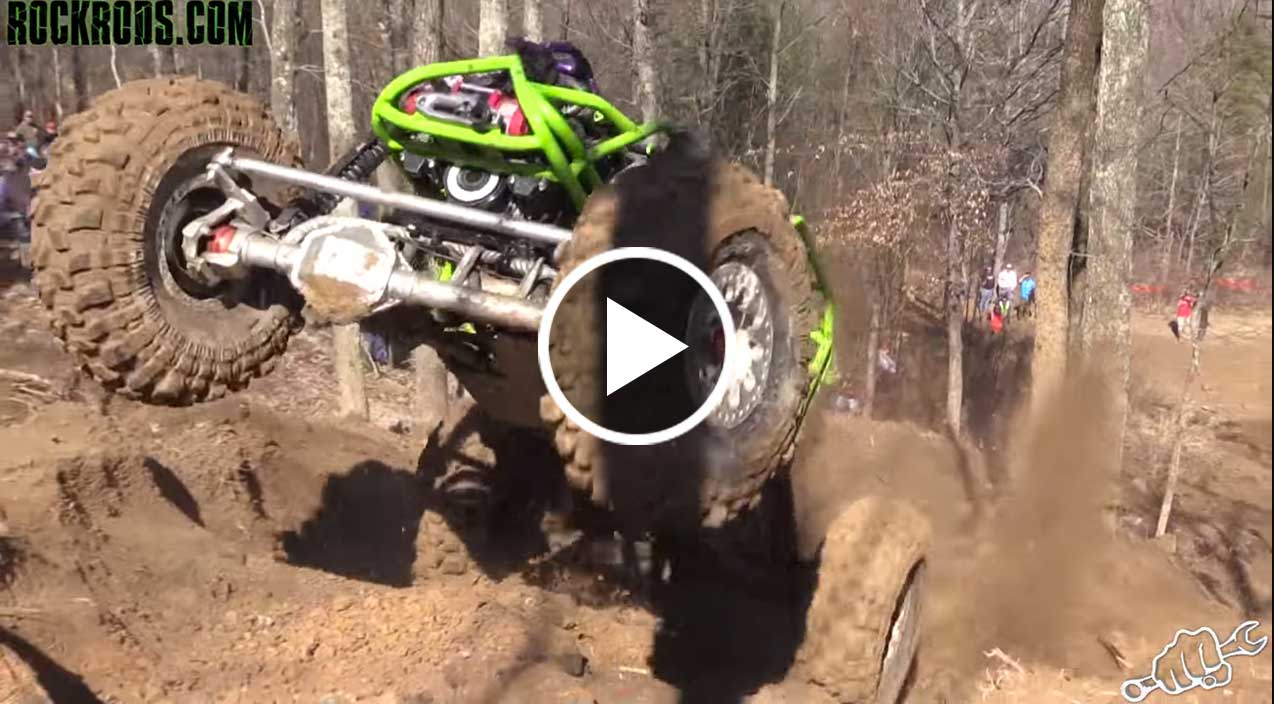