There has been a ton of trash talk going on between Ultra 4 racers and Rock Bouncers about who has the best vehicle. Well the guys at King of the Hammers decided to settle it in front of a huge crowd and the Backdoor Shootout was born. The event was set to happen Monday Night under the lights on the infamous Backdoor trail in Johnson Valley, California during the 2014 King of the Hammers race week. It being February in the desert it was freezing cold making the main waterfall of backdoor even more difficult. There were over 50 racers split between Rock Bouncers and Ultra 4 cars. There were even a few crawlers thrown into the mix for good measure. Even a sidekick made it up the climb bouncing off the rev limiter then entire time as the crowd went wild. Jesse Haines blew up the motor in his car that he was supposed to race on Friday. Tons of Rock Bouncers rolled over and put on a great show for the crowd. Luke Wilson was the only one to do the right line on backdoor and did it with a quick time. Yours truly showed up in a rental single seater buggy and was making good time until I broke a driveshaft on the waterfall. I backed down and proceeded to drive out when all hell broke loose. The chassis where the rear links were mounted broke off leaving the rear axle behind as I drove out the bottom of the course without it. The crowd went nuts and I took home the crowd favorite award in my first ever race. After all the dust settled and all of the broken vehicles were drug back out the bottom of the canyon there was only one winner and that was Randy Slawson with his super fast run in his Bomber Car. The West Coast had one it this year. We will see what happens at the Backdoor Shootout in 2015. 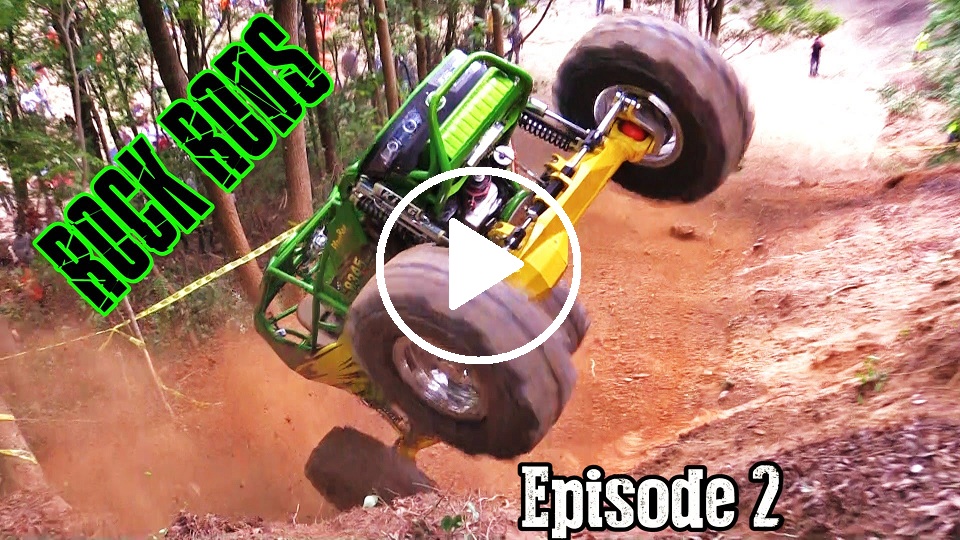 2012 King of the Hammers Race Results