We have seen some bad bounty hill crashes but Todd Puckett had no idea what was in store for him as he lined his Supercharged 3.8 v6 powered silencer buggy up at the bottom of Showtime Bounty Hill at Hot Springs Off Road Park in Arkansas. He shot out of the bottom hell bent on coming out the top but his front end hit hard sending it up and over as the cut boggers clawed for more traction. He pulled off a backflip barrel roll before slamming into the tree and ending on his lid at the base of the climb. The sudden stop of hitting the tree had knocked Todd out shortly. Bystanders quickly pulled him out of the overturned buggy and let him collect himself. Silencer held up well with only a broken shock and flat tire. This goes down as one of the worst Bounty Hill Crashes in the history of Showtime Hill. I doubt Todd Puckett will be hitting this hill again.

This Bounty Hill Crash Might Just have this one Beat as the worst of All Time! 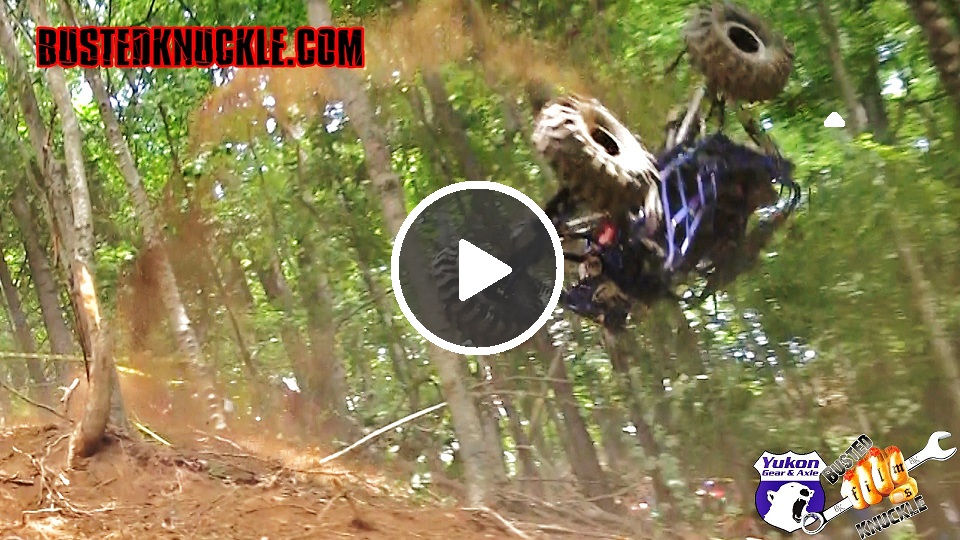