We have seen some crazy vehicles but never anything quite like Mike West’s Jet powered Recliner called Cra-Z-Boy. We caught this thing ripping around at the monster jam world finals in Las Vegas Nevada. It uses two 100 horsepower jet engines making it the fastest most powerful recliner on the planet. It holds the world record of 52 miles per hour. This isn’t Mike’s first jet powered build. He has also built a number of Jet powered vehicles including a Snowmobile and Smart Car. He isn’t a jet mechanic with training but more of a self taught backyard mechanic that likes to go fast. Him and the crew stay pretty busy doing shows all over the world with these insane rides. I can’t imagine going over 50 mph in something with a 3 ft wheel base. It has to be super sketchy. Then add the fact that you are sitting on top of two jet engines that are making a lot of power and a ton of heat. That being said I wouldn’t turn down the chance to take it for a spin. Would you? Check out the Busted Knuckle Youtube Channel for more unique vehicles. Also don’t forget to head on over to the Busted Knuckle Online store for tons of Gear Head Apparel.

Mike and the gang also built a 1500 horsepower smart car that they say is the fastest. 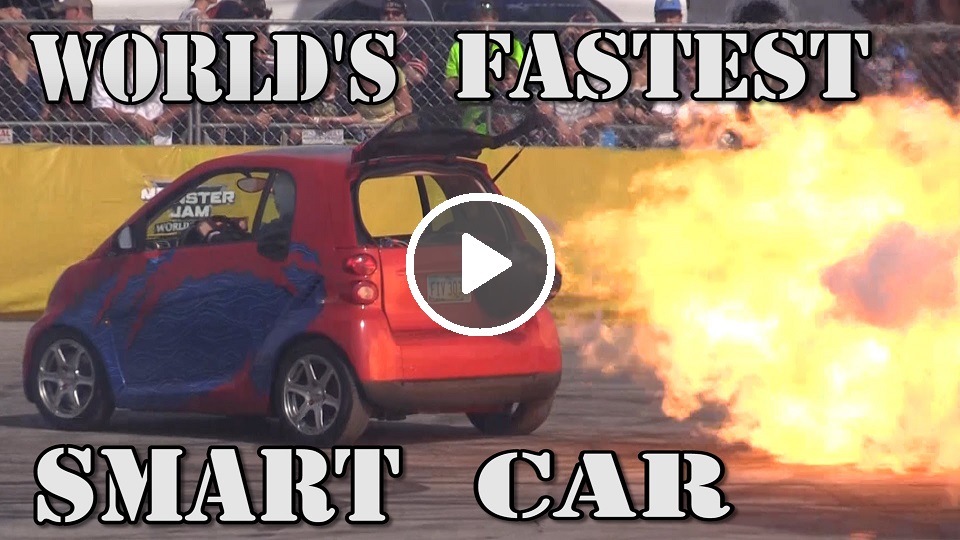