Ever seen a 2wd Dirt Bike? Wally Palmer is well known in the off road world for his antics on his Christini All Wheel Drive Dirt Bike. That is right his dirt bike features a special front fork that put power to the front wheel. This time he was the only dirt bike rider nutty enough to attempt the backdoor waterfall obstacle in Johnson Valley California’s world famous hammer trails. There was a huge crowd on hand waiting for the annual backdoor shootout rock race competition to happen. Wally hit the waterfall hard during his first two attempts on his 2wd dirt bike but only made it half way up. After the second attempt he turned the bike around on the ledge and attempted to jump down. This ended badly with a full on faceplant into the rock ledge. Good thing he was wearing a full face helmet! The crowd heckling didn’t keep wally down he attempted the climb a few more times before his 2wd dirt bike caught traction and propelled him to the top. Let that be a lesson. Never Give Up!

Check out the Entire Backdoor Shootout Competition in the Compilation video below. 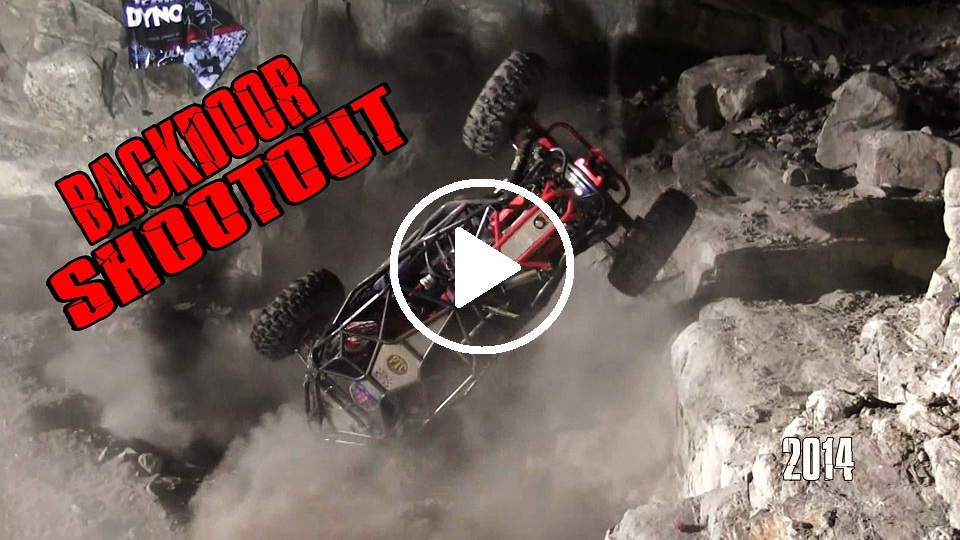