Some of the Baddest Rock Bouncers from all over the country showed up to hit the infamous Whos Your Daddy hill climb at Stoney Lonesome OHV park in Bremen, Alabama during the 2016 Southern Rock Racing Series season opener. The hill starts off steep with an 8 foot waterfall mid way up the hill made of solid rock. I honestly didn’t know if anyone would make this climb. Ethan Spegal proved me wrong being the first driver to run. He made the hill look easy with liberal amount of throttle on his way out the top in the supercharged LS powered Showstopper 2.0. The hill wasn’t easy as Da Situation Buggy did a huge wheel stand and rolled all the way over back onto the wheels. Richie Keith broke Plowboy attempting the hill. Jason Spegal also made the climb in Showstopper 2.0. Shelby Tanner took a wild roll back onto the tires as well. Bad Donkey showed off its horsepower and hammered its way to the top. The Sosebee’s Offroad Affliction buggy landed hard on the gas and broke the front end which ended his run. Jake Burkey had a good showing after spending the off season complete rebuilding his Riot Buggy as he easily went out the top of the hill thanks to his long wheelbase and dialed in suspension. Scott Goforth broke a front driveshaft in the Rum Runner rock bouncer. The New General Buggy took multiple attempts but finally found its way to the top as well. Peter Basler let the big block Momentum Buggy sing out the top of Whos Your Daddy. Adam Ringer and the Showgirl Buggy made the climb despite motor issues. Many more made the climb but no one quite put on a show better than Joe Pierce from Maine. His full throttle assault on whos your daddy is better seen than explained. For more Rock Bouncing Action head on over to the Busted Knuckle Youtube Channel 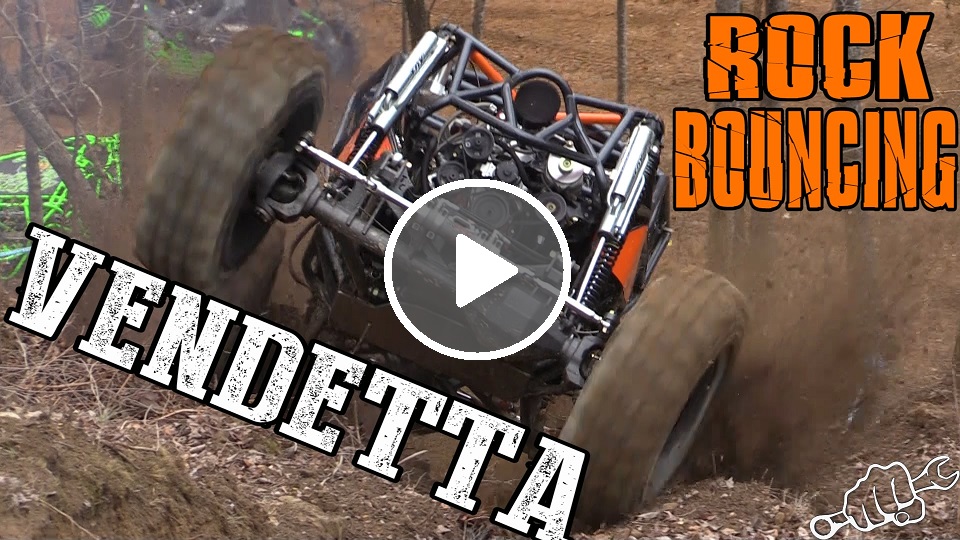